The Basics of Lucid Dreaming 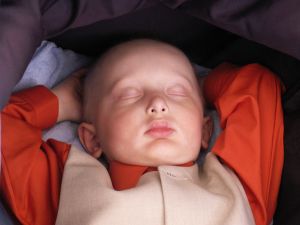 This is probably one of the most exciting posts I’ve put on this blog to date!

When I wrote about doing Deep Trance Modeling in a Lucid Dream, it was just an idea I wanted to try out. Well, I am proud to say that I’ve done it and it works! At least for me…..

So, here’s the good stuff. A couple weeks ago, I had come home from work at 3am. I piddled on my computer for about 2 hours or so, then went to sleep for a nap. I woke up to have lunch and decided to head back to sleep for about one and a half hours before work. I realized that since I’d already slept enough for at least 2 good deep deltaÂ sleeps, I would have a good chance of having a lucid dream.

So, I lay down, and I decided to try to induce a lucid dream with the WILD technique. I picked a woman that I wanted to use as my first test of “manifesting a dream character”. For now, I’ll have to keep her nameless as she has no idea that I’ve done this yet. I simply focused on the idea of her as I fell asleep, with the intention of seeing her in a dream.

Well, I sensed the initial onset of hypnagogia, and next thing I know, I am in a pub the likes of what I’ve seen in Scotland. The bar was made of the dark heavy oak that is stained and finished. I walked a few feet, there were several people in the room. My friend isn’t in the room, so I decided to try out the technique that Scott Lee mentioned of intending a person to be behind you, and then turning around. IT WORKED!

I am pretty assertive with the dream character, and as soon as I made that demand of her, she transformed from this super-sexed person into a regular person. I swear, it was like an instant transformation. She is now standing there completely like the real person saying “yes, I understand you. What am I doing here?”

I reply, “Well….” and proceed to ask her a bunch of questions, with the intention of gaining a deeper insight into her as a person. She answered the questions in great detail. Unfortunately, I had forgotten to put a notebook by me and forgot the questions and answers:(

Interestingly enough, there were a few questions that her reply was, “I can’t answer that question because you don’t have the answer in your mind.”

I challenge you to give this strategy a shot and let me know in comments how it goes.

As I am sitting here writing this post for you, I realized that this strategy could likely be easily modified to incorporate the “New Behavior Generator Strategy“.

Great posts about Lucid Dreaming!!! (and fantastic photo too.)

After Priscilla Palmer’s self development list Jenny and I have decided to try to help build the self development community. So we are holding a little contest. I would like to invite you, and anyone else interested, to find out more details at Win a $25 Gift Certificate.

I love the photo posted with this thread. Your story goes to show lucid dreaming has a lot of potential. Each of us can discover new kinds of delightful experiences, if we so choose. At the same time, if you choose to believe your thoughts are meaningless, then you also have to accept that you exist in a meaningless world. How you think adds or takes away meaning.

Great blog! I hope you do not mind, but I have quoted and cited you on my blog posting about Lucid Dreaming. You are a great resource!

fascinating account! i love the detail about the transformation from supersexed up to regular person. but the most interesting detail, for me, is the response about not having “the answer in your mind.” this begs the question if this is an experience of self dialogue (as you seem to interpret the experience), or possibly a tongue-in-cheek message from the dream figure in which she suggests that she only can tell what you what you allow/expect her to (as your instructions were very explicit about the nature of her reality being secondary or based on a “real” person). these are all my projections of course, because i have had similiar answers from dream figures.

Wow, I have been out of the loop for a while, and have not heard of deep trance modeling. This sounds very interesting! I think I am going to have to try this out!

Awesome lucid dream challenge!! I will be trying this tonight to make my dream figures more “real” – something that has always bugged my in my lucid dreams! I hope you don’t mind if I feature this in my next issue of The Lucid Dreaming Newsletter too – http://www.world-of-lucid-dreaming.com/subscribe.html – will be sure to link to your LucidBlog. Thanks!

[…] in a lucid dream. Just wanted to share the link so people could see what is possible with DTI: Deep Trance Modeling in a Lucid Dream Thanks and Take Care. BP […]